Kazuhiro GOSHIMA exhibition “On the Absence of the Painter” 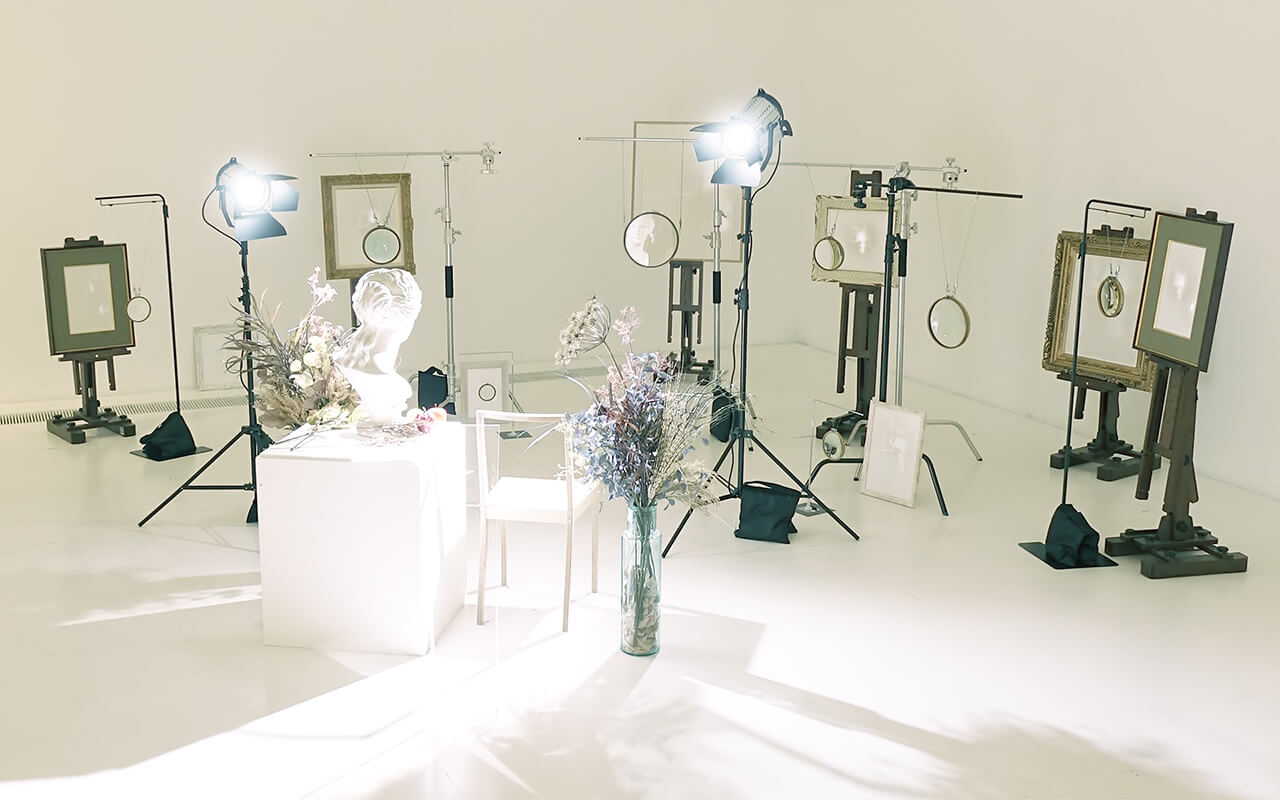 A huge convex lens suspended in the air creates a painting or photo-like "image" on a blank canvas. This is a disassembled version of the current camera ancestor "Camera Obscura". In this work, GOSHIMA tries to re-present "seeing" by dividing the "camera" that is the basis of his production.
When the viewer sits on the chair in the center of the exhibition room, he / she becomes a model of the painting to be projected. He / She can also make an image anywhere he / she like with the magnifying glass in his / her hand. What can you see from a model sitting in a chair? We wonder which is the creator of this world the lens or the observer? The dialogue about the "image" in the "On the absence of the painter" is a clue to recapture "seeing".

Kazuhiro GOSHIMA has produced a video works of his own unique method and a work that re-presents "seeing" such as disassembling the movie principle, and has won many awards at the Image Forum Festival, Ars Electronica, Japan Media Arts Festival, etc.
Also in this exhibition, we will show the early masterpiece "FADE into WHITE" series, 3D movies with particular concept "Tokyo Three Dimensional Suite" and "SHADOWLAND", and frameless moving images system "This may not be a movie" and so on.